Short reviews of books I've read and snippets of writing I want to remember, mostly 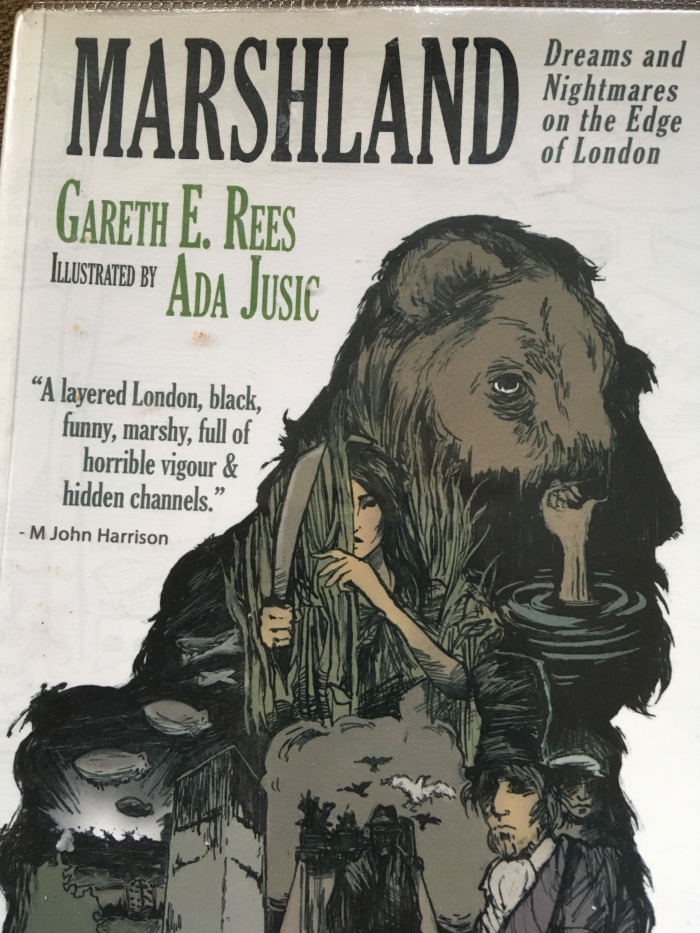 It begins on a personal note (though whether this is a fiction I’m not sure about now) with the author wanting some space away from his family, and so he explores the marshes near Hackney and Walthamstow with his dog. He walks, he occasionally talks to people, and gets inspired and starts to learn more about the area, digging out local stories and histories.

There’s no set pattern, but what Rees does often in this book is give us a chapter of walking mixed in with history, followed by a piece of fiction, often of a weird or speculative nature, that has come from that bit of history.

There’s a brilliant bit about a couple of nineteenth century industrialists based in the marshes, Hazlehust and Whipple, which he then takes forward in time to the twenty first century marshes where they are confused and then confronted by a group of east London teenagers who are amused at these anachronistic dandies in front of them.

In another section, Rees talks about how during the Second World War people would, contrary to the popular myth of bravery, run from their houses to the marshes to evade German bombing raids, and then follows his imagination to a story about a whole class of people living out in the marshes, rebelling against a technology-run London, to whom people would come to touch and see tangible, non-electronic items from the not-too-distant past.

There are some strong political themes to the book – land ownership and the commons, the city and its edges, technology and nature, dystopia and the always unfinished nature of the world. But there’s so much more than this too.

It’s in the tradition of JG Ballard interspersed with John Gray and Ian Sinclair and Benjamin Myers and so many others. I can’t speak highly enough of this original, fun and thought-provoking book.

The Bricks that Built the Houses is a lyrical novel, rich with accurate metaphors, and a gripping story with a social conscience.

It tells the story of the interweaving lives of twenty-somethings Harry, Becky and Pete. Harry, with her best friend Leon, is a high end dealer; Becky is an inspiring dancer who funds her aspirations through massage; Pete is Harry’s brother, struggling with finding direction in his life.

Pete and Becky are together, though their relationship is falling apart because of Becky’s job and Pete’s jealousy, but Harry and Becky fall for one another separately. Harry and Leon end up being set up in a drug deal and doing a runner with bags of cash an drugs. Becky’s Uncle, it turns out, is the dealer’s muscle, and everything comes to a head in the excellent chapter ‘Everybody Down’ (also the name of an album by Kate Tempest), where all the issues collide at Pete’s surprise birthday party.

The characterisations are excellent and because they are given such attention have a high level of complexity. Though there is a romanticisation of youth culture and an unbelievably high level of coincidence, the plot is gripping.

The absolute strength of the book, other than the evocative writing, is its ability to show how these three characters’ personalities and lives are shaped by a mix of social situation and pure luck. If goes back into third parents’ lives and how they affect their kids, with all experiencing tough upbringings – Becky especially – that make them sympathetic, believable and real.

To be frank I’ve never fully understood what psychogeography means, but Ian McRay’s collection of his writings helps.

This small book contains exerts from his books and longer articles. It largely focuses on the areas of East London, especially Dalston, though covers London more widely and branches out to rural New Forest in the final chapter.

Psychogeography is the exploration of the way that geography – the city and buildings in particular – shape the way we think. It comes originally from the ideas and actions of Debord and the Situationists in 1960s Paris. It offers a way to critically analyse the city and a way to get a different perspective on the consumerism and conformism it reinforces.

At the heart of psychogeography is the ‘derive’ – a walk without purpose, spontaneous, that allows you to see things you wouldn’t normally see, defy the consumption and homogenous behaviour the city inspires, and transgress the private property rules that abound.

Some of this book is just history on a super micro level, but it also mixes in the critical theory of Walter Benjamin and extensive discussions of dance culture and how that challenged the norms of work-leisure time and building usage, but struggles to do so know as the mass media and the city appropriate the radicalism of dance and youth culture in order to commodify and control it. In this way it’s sociology, anthropology, history, critical theory and more.

In doing this McRay highlights a range of phenomena I’ve not noticed before, most interestingly I think about Radio 1. He points out that Radio 1 plays a role in containing youth, insofar as it constantly reinforces serious work time – Monday to Friday afternoon – and party time at the weekend, encouraging people to party but only at the right times for the good of social order – a clear contrast with the dance culture of rave.

The book also contains a fantastically erudite put-down (of a work called Transborderline)!

“This is bargain basement radicalism that reveals the paucity of meaningful ideas at the heart of so much contemporary art. As the art critic Peter Fuller once warned, ideas alone do not make great art, and this isn’t even a very good idea.”

Like other Capitals (Marx, Picketty) this is massive and, in fact, left-leaning in its politics. It’s described as a state-of-the-nation novel and a London-novel in its blurb and reviews. Written in 2012, it touches on the big issues facing Britain – and London in particular – in 2008, as the financial crash was about to happen: house prices, the banking industry, debt and consumerism, legal and illegal immigration, terrorism, Islamophobia and work.

It’s a story about the people living on, or connected to, one street in London – Pepys Road – and how their lives pan out. There are no main characters; instead, it’s a book about roughly 15 people: a Senegalese footballer, a banker and his family, an artist, a Polish builder, a Hungarian nanny, a Pakistani family and so on.

By telling the individual, occasionally overlapping, story of each of these characters what we don’t get, I think, is a depth of feeling for any of them: there isn’t enough time to tell each person’s complex story in-depth, so you come away not caring for all the characters and not having explored them at a level you might like to. And, I’m not sure about this, but there’s an occasional feeling that their characterisation is so thin that you’re really reading stereotypes (the banker who’s got in too deep, the immigrant who wants to work and have a better life, the artist who knows how to play the anti-consumerism game, and so on).

But, even if you don’t get the depth, what you do get with this broad range of characters is a great cross-section of the London that this book is about; we see the fate of the super-rich and the struggling immigrant, the old and the young, and so on. It’s this, and the way it tackles Britain’s biggest topics, that makes it an astute – and very readable – state-of-the-nation novel. 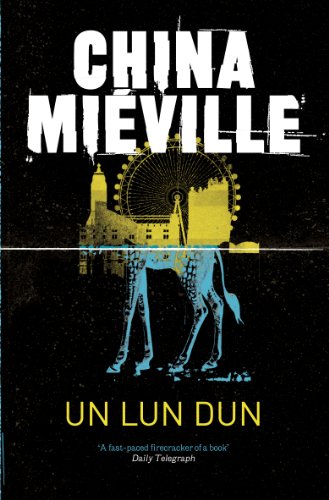 An incredibly imaginative story of a girl who discovers an alternative London populated by  bizarre people and creatures. She ends up helping save Un Lun Dun from an evil smog that is trying up destroy it. What’s fantastic about the book is it’s creations and it’s imaginative ideas. It’s fun to read and very intelligent with references to post-structuralism, language and philosophy at various points. But it does lack characters you can identify with and care about. And in the end the plot is a girl reluctantly saves the world from an evil genius.